The Calcasieu Ship Channel is the main marine transportation corridor and infrastructure for sustained economic development in Southwest Louisiana.

That’s the conclusion of the Economic Impact Study of the Calcasieu Ship Channel that was commissioned by the Lake Charles Harbor & Terminal District.

The importance of the Channel and terminal facilities to the overall economic impact for Southwest Louisiana is evidenced by: 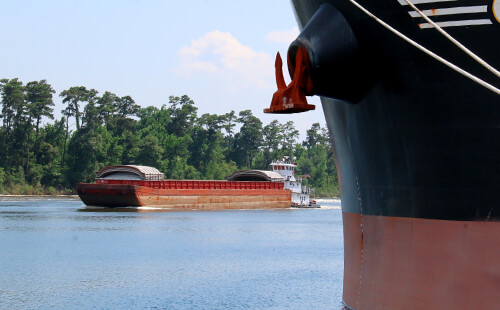 The Channel’s impact reaches beyond the Lake Charles metro area.

In 2016, over 50,000 Louisiana jobs and $187.8 million of Louisiana production, state sales and production taxes were generated by Channel-dependent businesses. The aggregate statewide will grow by more than $101.7 million in new sales and income taxes generated from these new economic drivers.

All of these impacts are conditioned upon the Channel’s ability to meet the needs of business and industry, now and in the future. The Channel can only meet these needs if it is consistently maintained at the congressionally authorized dimensions of 400 feet wide by 40 feet deep.

Traffic in the channel is expected to grow significantly over the next ten years due to the expanded operations of existing terminals and the construction of various proposed facilities. Deep-draft ship traffic is forecasted to more than double by 2025, growing from 1,098 to over 2,342 vessels. The fifteen-year horizon of the study projects 2,607 deep-draft vessels annually in 2033.

The final report found the channel, with its existing infrastructure and operations, has the capacity to handle the forecasted traffic increase. The port’s leadership commissioned the study, which used a detailed simulation model, to assess the need for changes to the channel’s operation.

The determination to implement a moving security zone around “certain designated vessels” will be made on a case-by-case basis.  This allows the COTP the operational freedom of action and authority to make risk assessment-based decisions in order to balance the unique needs and characteristics of the port. 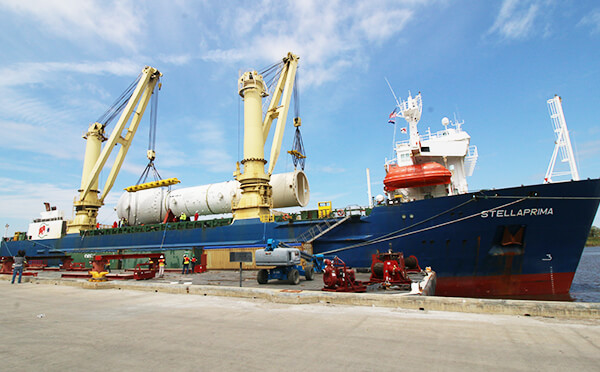 The Lake Charles Pilots confirm that their Standards of Care will apply to LNG vessels meeting other vessels on the Outer Bar if no Security Zone is in place.

“The Calcasieu Ship Channel is vitally important not only to the Port of Lake Charles and surrounding industries that daily depend on access to it, but also to the entire country,” said Bill Rase, executive director for the port. “This waterway handles nearly 55 million tons of cargo annually and is absolutely critical to supplying the nation’s energy needs. Keeping the channel operating smoothly for trade is the port’s top priority.”

The port is currently the twelfth largest port in the country based on tonnage handled. It is anticipated that tonnage through the new facilities planned for the channel will place the Port of Lake Charles in the top ten ports in the nation.

Other conclusions reached by the traffic study are related to seasonal impacts, pilots needed, and tug requirements. The study determined wait times were highly seasonal, which was attributed to wind and visibility delays. The channel will require additional pilots to handle the forecasted traffic. However, the study determined the current number of channel tugs is likely sufficient for the channel, assuming the LNG terminals provide their own dedicated tugs.

New capital investments in industrial projects totaling more than $108 billion have been recently completed, are under way or have been announced in the Southwest Louisiana region.

Rase asserted, “Most of these projects are a direct result of the Calcasieu Ship Channel, as well as an efficient pipeline infrastructure, which will deliver economical natural gas for refining into finished product for export and domestic use. These projects are completely dependent upon the ship channel’s efficient operation, as well as consistent dredging funds from the U.S. Congress that allows the Corps of Engineers to maintain the Calcasieu Ship Channel at authorized dimensions.”

The Channel is an experienced and reliable highway for energy cargo.

Water Institute of the Gulf Study

The study “Identifying Sediment Sources and Optimizing Placement of Dredge Material to Protect Critical Infrastructure” (2019) has been issued by The Water Institute of the Gulf.

The Calcasieu Ship Channel (CSC) has become an important economic driver in Lake Charles and in the southwest Louisiana region. The CSC is a 68-mile long, deep-draft commercial waterway located in southwest Louisiana, from Lake Charles into the Gulf of Mexico. Beginning in the 1920s, the CSC was channelized by straightening, widening, and deepening the Calcasieu River to its current dimensions of 400 ft wide by 40 ft deep. Maintaining the adequate channel dimensions to accommodate ship traffic that is increasing in both volume and maximum vessel size requires a rigorous dredging plan. Thus, there is a need to carefully investigate the sediment dynamics along the length of the CSC and surrounding areas in order to understand the sources and character of the sediment and design a feasible and effective dredging strategy.

The goal of the present project is to assist the Port of Lake Charles in strategizing to maintain its deep-draft commercial competitiveness through the 21st Century, while at the same time minimizing its environmental footprint and keeping dredging and dredge material disposal area maintenance costs to a minimum. This observational and modeling effort provides the necessary scientific underpinning to develop an integrated plan in the future that may include novel strategies that use dredge material to limit future dredging needs and qualify as beneficial use, and green infrastructure (e.g., ecosystem habitat improvements).

The Port of Lake Charles commissioned the Calcasieu Ship Channel Traffic Study to project future channel use. The study used scientific methods to analyze actual historical shipping, tide and weather data, and simulated more than doubling ship traffic over 20 years, with much of the traffic increase occurring by 2023.

The study concluded, “The Channel handled all of the scheduled traffic. This shows that the Channel has sufficient capacity to receive and handle the additional traffic forecasted.”

The channel was created to provide deep-water access for maritime commerce. A look at the channel today reinforces the theory of “build it and they will come.” Dozens of industrial plants now line the channel, primarily refineries and petrochemical companies, bringing raw materials in, and shipping products out via the channel. Many more facilities that rely on the channel are planned, and some are already under construction.
With the recent addition of natural gas installations, the Calcasieu Ship Channel has become one of the nation’s most active “energy corridors.”

With such critical cargo depending on the channel, its depth and width must be maintained by regular dredging. The Port of Lake Charles is the sponsor of the Calcasieu Ship Channel, acting on behalf of the state of Louisiana, which means it is responsible for providing disposal locations for dredged material and sharing the cost when those disposal site require major rehabilitation.

New capital investments totaling over $80 billion have been announced for the Southwest Louisiana region within the past two years, making the area the “biggest story in economic development in America today,” according to Site Selection Magazine.

Rase asserted, “Most of these projects are a direct result of the Calcasieu Ship Channel, as well as an efficient pipeline infrastructure, which will deliver economical natural gas for refining into finished product for export and domestic use. These projects are completely dependent upon the ship channel’s efficient operation, as well as consistent dredging funds from the U.S. Congress that allows the Corps of Engineers to maintain the Calcasieu Ship Channel at authorized dimensions.”