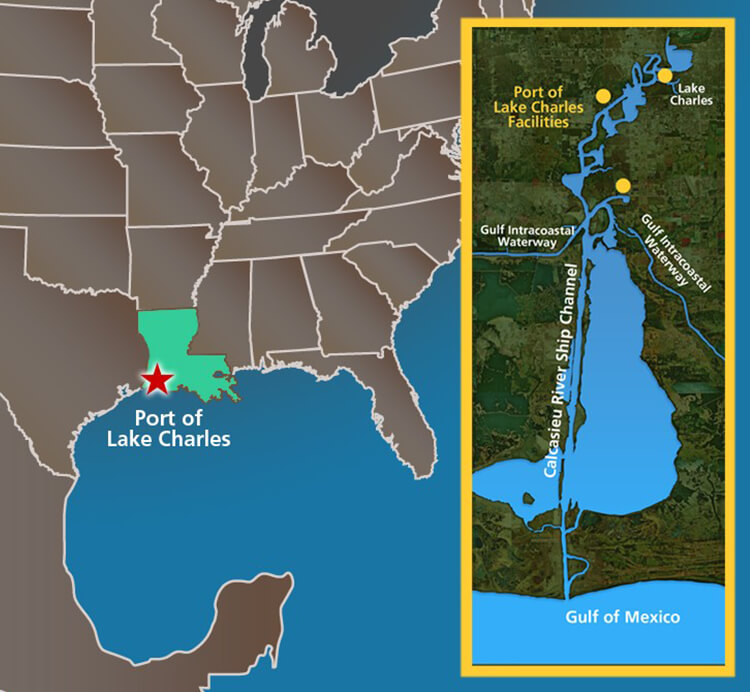 The Port of Lake Charles is a deepwater port located in Lake Charles, Louisiana, and located on the Calcasieu Ship Channel, north of the U.S. Gulf Coast. The Port opened in 1926 and today is the 12th-busiest port district in the nation, based on tonnage, as ranked by the U.S. Army Corps of Engineers. It also was named by Forbes magazine as the seventh-fastest growing seaport in America.

The Port manages the Calcasieu Ship Channel, which runs inland 36 miles and extends out into the Gulf of Mexico another 32 miles. The Port of Lake Charles’ official name is the Lake Charles Harbor & Terminal District, a public body created by the Louisiana Legislature. The District encompasses 203 square miles in Calcasieu Parish and operates on 5,420 acres.

The Port of Lake Charles owns and operates two marine terminals—the City Docks and Bulk Terminal No. 1—and two industrial parks—the Industrial Canal and Industrial Park East. In addition, this deepwater port serves as landlord to companies leasing Port-owned property, and owns several leasable sites on and near the Calcasieu Ship Channel. 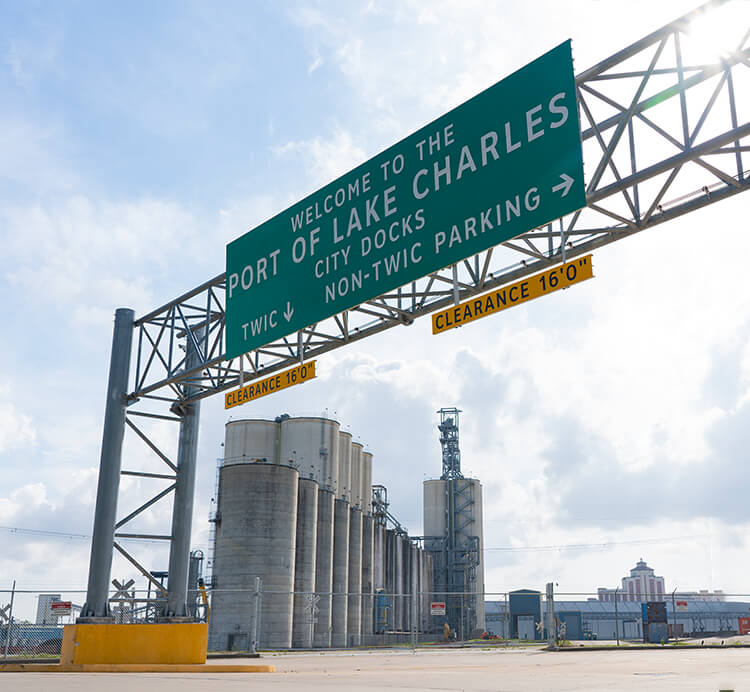