Those are among the findings of a new study commissioned by Lake Charles Harbor and Terminal District (LCH&TD).

The study states that the LCH&TD and the Ship Channel are substantial sources of jobs and tax revenue, which will increase with the $46 million in planned projects over the next five years.

The study, “The Economic Impacts of the Calcasieu Ship Channel,” was conducted by Martin Associates. It was reviewed at the Dec. 20 public meeting of the Lake Charles Harbor and Terminal District Board of Commissioners.

Martin Associates estimated the national, state and local economic impact of the LCH&TD and the Ship Channel.

Marine cargo activity along the Ship Channel supported $39 billion of total economic value to the U.S. economy. Of that, $29.9 billion of it was in Louisiana, representing 13 percent of the state’s Gross Domestic Product. About $12 billion of that value was in Calcasieu and Cameron parishes—67 percent of the region’s GDP.

2020 Economic Impacts of the Calcasieu Ship Channel – Summary of Results 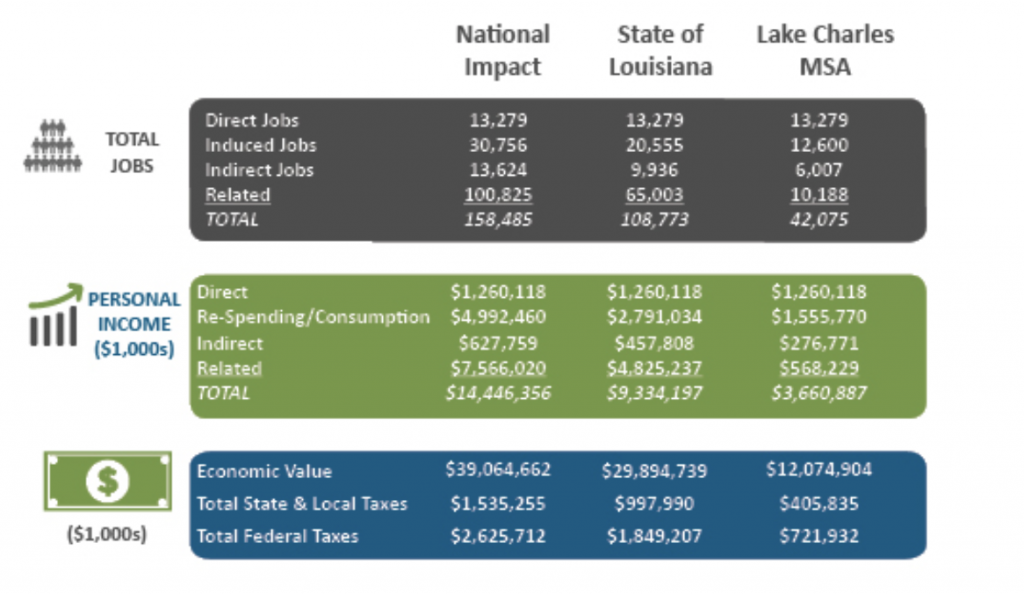 The study also measured the environmental and infrastructure benefits provided by the use of the Ship Channel. The Ship Channel “provides about $1.1 billion in benefits to the U.S. economy by avoiding the environmental emissions, safety, and external trucking infrastructure degradation costs that would result if the domestic cargo now shipped and received along the Calcasieu Ship Channel could no longer use the Ship Channel and would have to be delivered by truck,” the study noted, adding: “4.2 billion gallons of petroleum products are moved from the area refineries by the Colonial Pipeline. The ability to use this pipeline rather than the use of truck distribution throughout the United States removes nearly 500,000 trucks from the nation’s highways.”

Over the next five years, there are $46 billion of planned projects that will use the Ship Channel — adding 90.8 million tons of cargo per year to the current cargo handled. 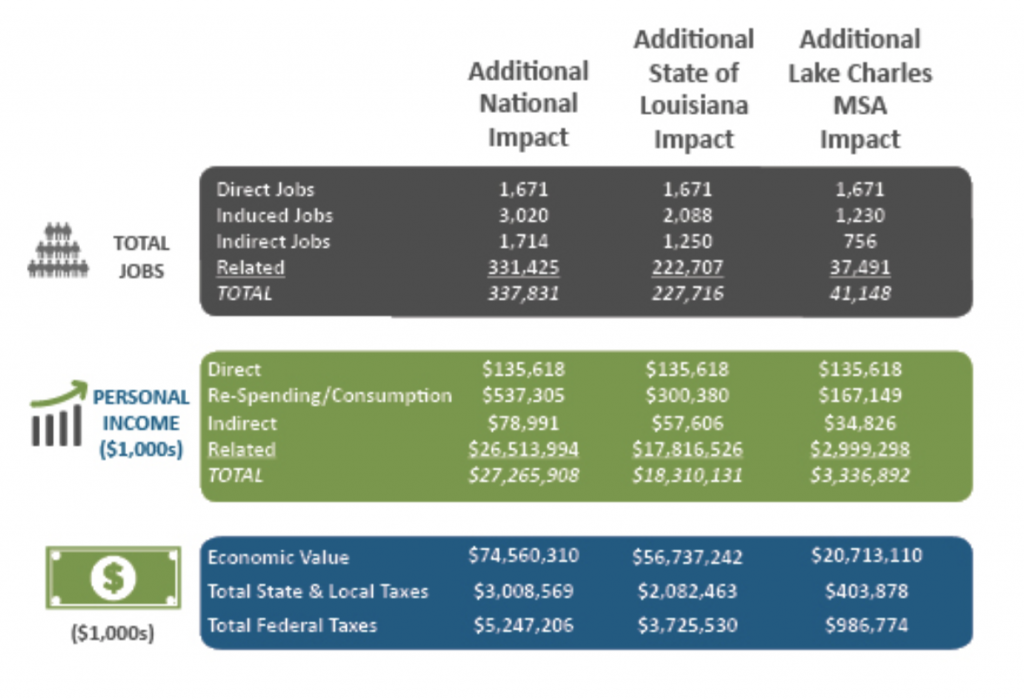 Totals may not add due to rounding.

The LCH&TD’s City Docks, bulk terminals and land leases, including two casinos, are the centerpieces of its economic impact. 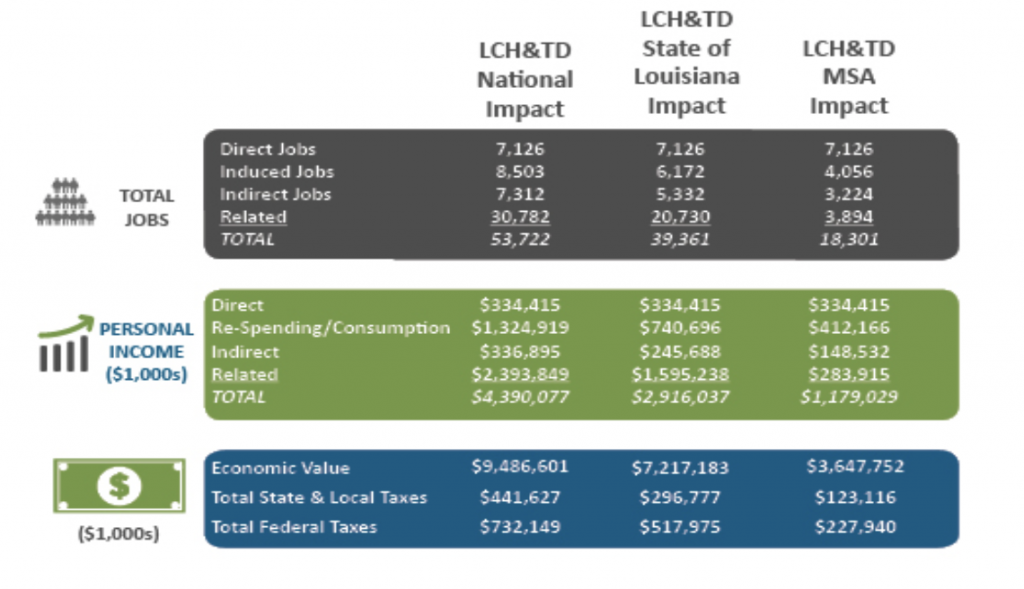 Totals may not add due to rounding.

ABOUT THE SHIP CHANNEL

The Ship Channel is home to the Lake Charles Harbor and Terminal District’s public marine terminals and privately-owned marine terminals. The private industries along the Ship Channel include petroleum refineries and chemical manufacturing facilities. With the opening of the Cameron LNG facility, liquefied natural gas became a key export commodity.

ABOUT THE PORT DISTRICT

For interviews of Port officials: Brett Downer of the O’Carroll Group, [email protected] or 337-515-0942