The Port of Lake Charles handles it.

There are multiple reasons to choose the Port of Lake Charles for breakbulk, specialty, heavy-lift, and project cargo — from industrial components to forest and lumber products:

The port is America’s 14th-busiest deepwater port district, in tonnage, as measured by the U.S. Army Corps of Engineers. It trades with more than 70 countries around the world.

The Port facilitate client needs this through loading, unloading, warehousing and forwarding. That means the Port even handles materials like pet coke, barite and calcine among the more than 56 million tons of annual cargo.

The wide variety of cargo includes: 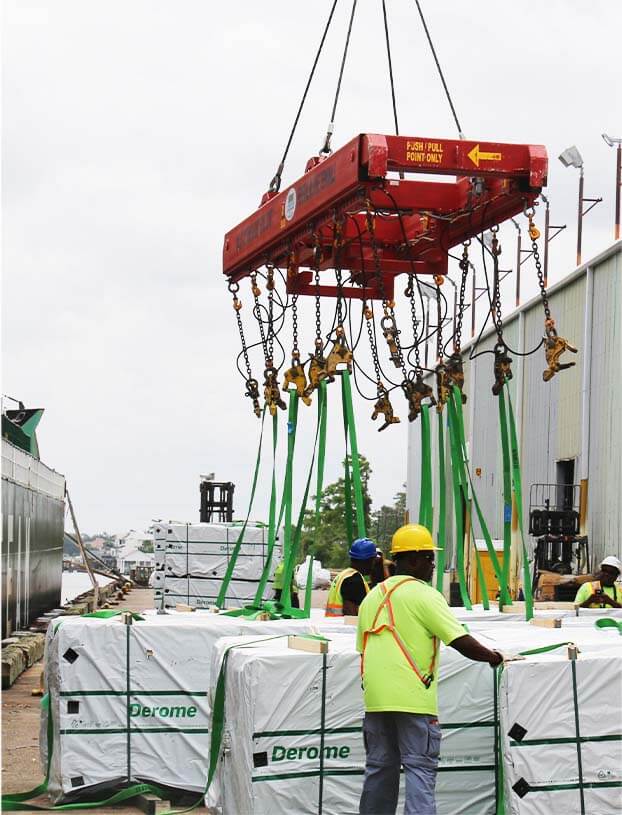 All told, marine cargo activity along the Ship Channel supported $39 billion of total economic value to the U.S. economy.

The Ship Channel provides about $1.1 billion in benefits to the U.S. economy by avoiding the environmental emissions, safety, and external trucking infrastructure degradation costs that would result if the domestic cargo now shipped and received along the Calcasieu Ship Channel could no longer use the Ship Channel and would have to be delivered by truck.

Over the next five years, there are $46 billion of planned projects that will use the Ship Channel — adding 90.8 million tons of cargo per year to the current cargo handled. The Ship Channel is home to the Lake Charles Harbor and Terminal District’s public marine terminals and privately-owned marine terminals. The private industries along the Ship Channel include petroleum refineries and chemical manufacturing facilities. With the opening of the Cameron LNG facility, liquefied natural gas became a key export commodity. The public facilities of the Lake Charles Harbor and Terminal District handle exports of coke by-products from local petroleum refining, imported lumber, exported bagged and bulk grain, wind energy equipment, project cargo, limestone, rutile, barite, rubber and chemical products. The Cameron LNG facility was developed on property leased from the Lake Charles Harbor and Terminal District. The port district owns the City Docks, a general cargo terminal, three bulk terminals (BT-1, BT-4 and BT-7), Industrial Canal property and Industrial Park East property. It also leases land to the L’Auberge and Golden Nugget casino/hotel complexes and others. 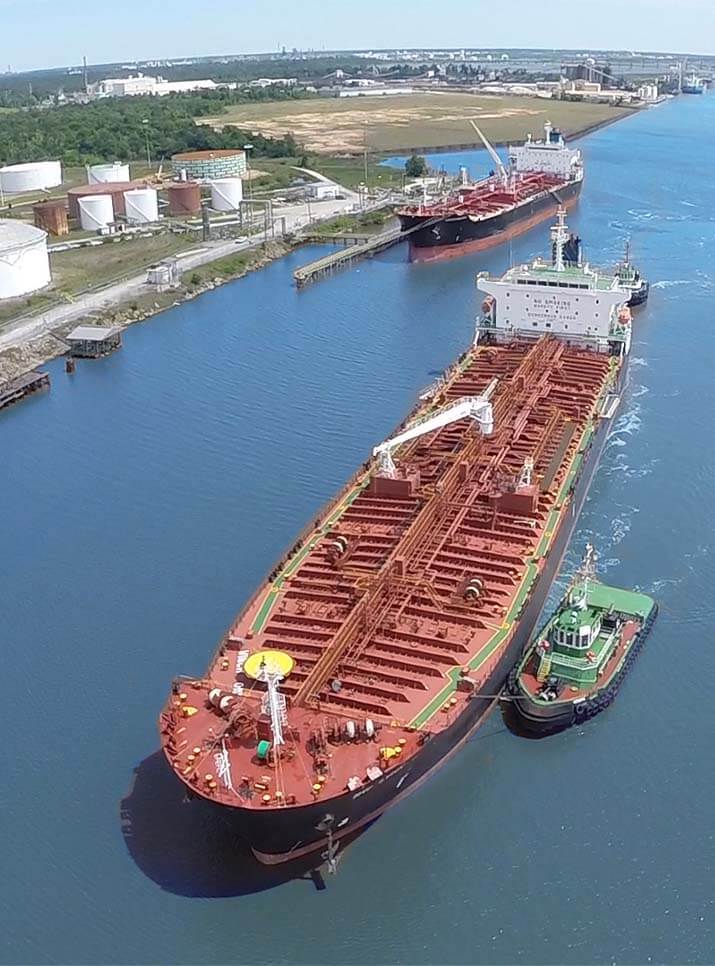 The Port of Lake Charles’s economic might starts at its original City Docks and extends more than 200 square miles around Calcasieu Parish, operating on 5,400-plus acres. Its main lane for commerce is the carefully dredged Calcasieu Ship Channel — an H2O highway for cargo ranging from petrochemical needs to liquefied natural gas, and from old-school rice to high-tech windmill blades.

The Port is rebuilding substantial sections of the Port to handle the emerging demands arising for the world’s shippers. The projects include new infrastructure to compete for the increasingly sophisticated requirements for handling of modern cargoes.

New port docks are being built to accommodate loads of 1,500 to 2,000 pounds per square foot—which is three to four times the local berth’s current strength. It’s all part of more than $287 million in capital projects over the next decade to expand the Port’s role and capacity in world trade and specialized cargo transport.

The Port owns multiple sites suitable for development on and near the Calcasieu Ship Channel with nearby access to ship, barge, air, rail and Interstate highway transportation. It also has Louisiana Economic Development-certified sites in other parts of Southwest Louisiana as well.