Richert Self now in place as Port’s executive director 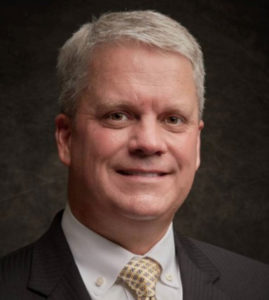 Richert L. “Ricky” Self has formally taken command as executive director of the Port of Lake Charles.
He has been with the Port since 2003, serving most recently as deputy executive director.
Self’s longtime oversight of finances during his tenure at the Port has led to multiple national commendations for financial reporting, accountability and transparency.
He succeeds Bill Rase, who retired after a decade as executive director.
By portoflcdev|2020-08-03T09:42:10-05:00August 2nd, 2020|2020|0 Comments